Hero Motors Group is equipped with state-of-the-art manufacturing facilities. All the units are located at strategic locations for the unique advantages that each place offers. A workforce of dedicated professionals is efficiently operating and managing the facilities and leading the organisation towards the pinnacle of achievements. 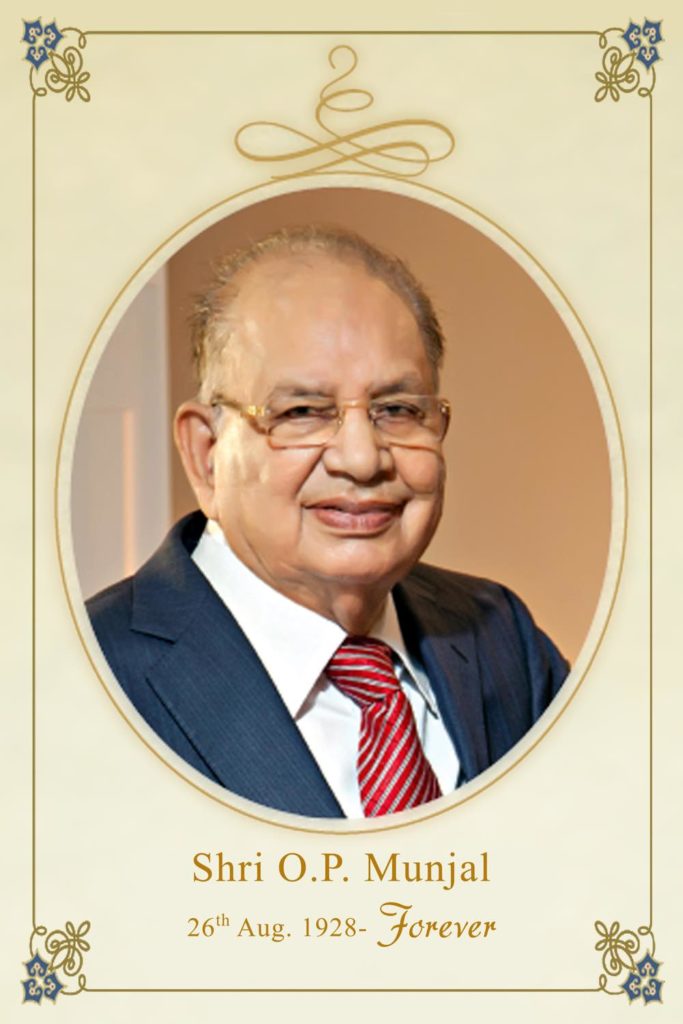 “I believe life is the biggest teacher and world is the biggest school. I learnt from my mistakes and crisis. There has hardly been a day when I have not learnt something.”

Late Shri OP Munjal is popularly known as the “Cycle Man” of India. He founded Hero Cycles Limited and led the company for almost 60 years. He was born in a small business family and started a business of bicycle spare parts with his three brothers in Amritsar in 1944.

During the 1980s, Hero Cycles became the largest bicycle manufacturer by volume in the world. Late Shri OP Munjal diversified the company into other areas like auto parts manufacturing and hospitality.

Under his leadership, the company grew from a bicycle maker to a Rs 3000 crore industrial house. He also served as the president of All India Cycle Manufacturers Association.

A recipient of many national honours, Late Shri OP Munjal was an equally respected philanthropist. He supported several educational institutions and hospitals across India.