Hero Motors Group is equipped with state-of-the-art manufacturing facilities. All the units are located at strategic locations for the unique advantages that each place offers. A workforce of dedicated professionals is efficiently operating and managing the facilities and leading the organisation towards the pinnacle of achievements.

It was 1944; twenty-year-old Brij Mohanlal and his three brothers, Dayanand (32 years), Satyanand (27) and Om Prakash (16) moved from their birthplace Kamalia in Pakistan to Amritsar.

There they started supplying components to the local bicycle business. Only one of the Munjal brothers had previous business experience although two had worked for the British in the Indian Civil Service. Partition of India in 1947 forced them to move to Ludhiana. The town was already a hub of the Indian bicycle business as well as an important textile centre.

Through their business acumen, they expanded their company by leaps and bounds and positioned themselves as business tycoons of India. Today, the Munjals are one of the most respectable names in Indian business community.

The contribution of this family in the industrial development of India is highly admired. According to Jocelyn Probert and Dominique Turq who wrote perhaps the first case study on the Munjals, the brothers travelled energetically with their component samples throughout India, selling in Mumbai, Chennai and elsewhere, and learning the intricacies of the fragmented Indian distribution network. 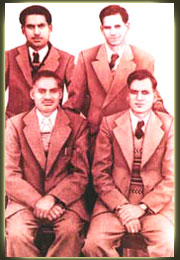